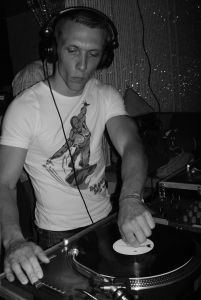 La Tique is founder and member of the Netlabel Cybermusique Potsdam, under this pseudonym they also organize events.

La Tique was born in 1979 in beautiful Potsdam (near Berlin). Since 1997 first musical attempts have been made. However, many ways had to be gone to find his style. From Trance and Minimal Techno to Latin House La Tique has gone through everything. Previously, it was produced and mixed under the name DJ Tick, today exclusively under La Tique. Also a kind of self-discovery. The name reflects the French influences, mixed with personal influences. His big role models are Daft Punk, Autotune and Einmusik and Vitalic. But the big German greats DJ Hell and WestBam have also influenced him. From 2003, his style became Electotechnopop, a freedom to mix what he likes.

more at the website of the artist DJ La Tique